Everyone hates wires, especially when you have a LOT of them. A cable to charge your android phone, another one to charge your iPad and not to mention the dozen or so for Laptops, Desktop Computers and even Printers. Soon, you might not need any power cables! That’s the promise of new research from a team, which has developed what it’s calling a “power over Wi-Fi” system that can recharge batteries through the air, from up to 28 feet away. The system has been developed by PhD student Vamsi Talla and colleagues at the Sensor Systems Lab at the University of Washington in Seattle. 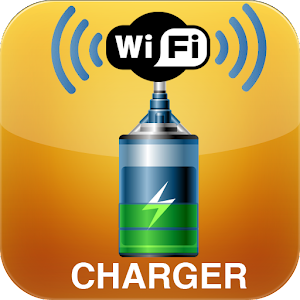 The system contains just two components; an access point (a router), and custom-built sensors. “The goal of the sensors is to harvest RF (radio frequency) energy and convert it into DC power,” explains Vamsi Talla, a researcher on the project. “The second piece, the access point, there we actually developed a customized solution on it, just a software modification that will enable the access point to act both as a good power delivery source and, simultaneously, also as a Wi-Fi router.” In other words, it achieves power over Wi-Fi in a manner that both works with pre-existing hardware, and doesn’t interfere with your Internet connection in any way.

Those are two vital distinctions. Although Energous already sells a device that transmits power through the air via RF signals. It requires completely new, dedicated hardware, though, and loses the WiFi aspect. The UW research, meanwhile, can coexist with conventional WiFi routers, pushing both data and power simultaneously. Or, more accurately, efficiently harnessing the power that your router already puts out.

As for WiFi interference, there’s a hard cap on how much output of any form your router can handle at once, sort of like how putting extra ketchup on a hot-dog leaves lesser room for mayo. But the UW team came up with a intelligent workaround to ensure neither charging nor connectivity goes sideways.

“If we wanted to just blast as much power as we possibly can, that would kill your WiFi, because you’d have power on the channel all the time,” explains Bryce Kellogg, another researcher on the project. “We optimized the router so that we can deliver what seems like, to the sensor, constant power without impacting your WiFi too much. Instead of having continuous power on one of your Wi-Fi channels, we split it among your three non-overlapping WiFi channels. That allows us to deliver about the same amount of power without impacting any one channel very much.”

“The work we’ve published, you could think of it as the first proof of concept,” said Talla, the inventor “But it’s by no means the optimal solution. We’re actively working to make it better.”

The team has already tested this out with temperature sensors, a camera, and rechargeable batteries, powering all from ranges of 20 feet, 17 feet, and 28 feet, respectively. If those applications seem a little small-fry, don’t blame them. Blame the FCC, which has imposed a one-watt limit on router power output, for reasons that are mysterious to Talla and company. Should those restrictions loosen, you could start to see far more robust applications.

The good thing is, you won’t just see them in a lab. The UW team has already installed functional systems in six Seattle-area homes, using Asus RT-AC68U routers outfitted with customized code. It’s worth noting both that the router model they used is several years old, and in the end inconsequential. It could just as easily be the router in your home right now. “In theory, it’s only a firmware upgrade,” says Talla, with the caveat that hardware manufacturers would need to be on board. While they don’t have any deals in place presently, the crew is actively exploring the likelihood.

In a paper detailing their work, Mr Talla and colleagues stated, had the potential to help power the small, low-power sensors and actuators that are expected to become common in homes and workplaces as part of the internet of things.

“The ability to deliver power wirelessly to a wide range of autonomous devices and sensors is hugely significant,” said a story about the research in MIT‘s Technology Review. ” Powi-fi could possibly be the enabling technology that brings the internet of things to life.”